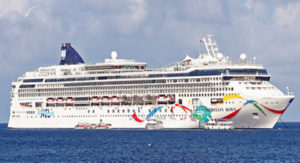 If you are looking for Cruise Port Transportation then Primetime Limousines has your vehicle. We have a 14 passenger Mercedes Sprinter Van that can take you and your group to any Cruise Port in Florida. Please call our office to find out specific rates. 941-792-3400. We go to the following Cruise Ports…Port of Miami, Port of Tampa, Ft. Lauderdale Port and Cape Canaveral. We also can take you to the Cruise Port in one of our sedans that seat 2 or an SUV Cadillac Escalade that seats 4.

In January 2017, Michael Thamm was appointed CEO of Carnival Asia to oversee operations in China and the surrounding region.

A sister to Carnival Vista, Carnival Horizon, joined the fleet with their inaugural voyages from Trieste, Italy and Barcelona, Spain on May 1, 2016 and April 2, 2018, respectively. Queen Latifah is the Godmother of Horizon for its christening in New York on May 23, 2018.

Carnival Panorama is set to join the fleet in December 2019. It will be the first new Carnival ship to home port on the west coast since Carnival Paradise in 1998.

Reports in late June 2019 stated that Carnival was building their first terminal in Japan, in the port city of Sasebo, to be named Uragashira Cruise Terminal. Local officials were hoping that the terminal would be open by late July 2020.

Royal Caribbean Cruise Line was founded in 1968 by three Norwegian shipping companies: Anders Wilhelmsen & Company, I.M. Skaugen & Company, and Gotaas Larsen. The newly created line put its first ship, the Song of Norway, into service two years later. A year later, the line added the Nordic Prince to the fleet and in 1972 it added the Sun Viking. In 1978, Song of Norway became Royal Caribbean’s first passenger ship to be lengthened. This was accomplished via the insertion of an 85-foot (26 m) section to the vessel’s severed center. Following the success of this work, Nordic Prince was also stretched in 1980. During the stretching on both ships, their sterns were modified. However the Sun Viking was not stretched or modified and remained the same size and shape. Royal Caribbean received widespread global recognition when in 1982 it launched the Song of America, over twice the size of Sun Viking and at the time the third largest passenger vessel afloat (after the Norway and Queen Elizabeth 2).

In 1986, Royal Caribbean leased a coastal property in Labadie, Haiti to be used as a private destination for its guests, renamed as Labadee. After a corporate restructuring in 1988, the line launched Sovereign of the Seas, the largest passenger vessel afloat at the time. That same year, Royal Caribbean also merged with Admiral Cruises. Two years later in 1990, Nordic Empress and Viking Serenade also entered service, while Royal Caribbean purchased a second private destination, Little Stirrup Cay, an island in the Bahamas, which they branded as CocoCay.

The second and third Sovereign-class cruise ships Monarch of the Seas and Majesty of the Seas were delivered in 1991 and 1992 respectively.

Royal Caribbean went public on the New York Stock Exchange in 1993. Over the next two years, the company experienced rapid growth, and it built a new corporate headquarters in Miami, Florida, and replaced the Nordic Prince with a new vessel, the Legend of the Seas.